Steam Gamers was originally called "ZombieMurder" when it was founded by Haggard in February 2007 with the goal to be the best Zombie Mod community. To achieve that goal, we set high standards for our players and admins which allowed us to keep our servers fun and keep the admins from being overwhelmed. Although the site Zombie Murder opened in early 2007, our first server was opened in October 2006 which is known today as "NAPALM". With a good strategy and some of his own money invested, the site and server took off. It wasn't long before we had multiple servers and hundreds of Forum users.

In the fall of 2007, we had 3 successful servers and wanted to expand to regular Counter-Strike: Source so we launched the opening of Steam Gamers. To continue to grow we knew we had to make the leap to a dedicated server. With the community's support we were able to purchase a dedicated server that could support all our servers with plenty of room to grow.

As CSS has quickly died out in recent years, in 2014-2015 we replaced all of our CSS servers with Counter-Strike: Global Offensive servers, marking a new era of Steam Gamers with the support of our players and admins. Today we have over 15,000 Forum users, including dozens of Subscribers whose generosity continues to keep the servers and site alive. 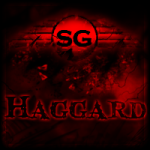 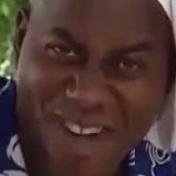 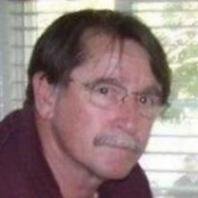 [BD] Board of Directors

BD is the highest rank in the community, and these members to everything required to keep it running smooth.

AO's are former admins who have proven themselves to be loyal & hardworking, and as such have been promoted to a higher rank.

The TA position was formed to provide additional support to the community, improving our player experience across all SG platforms.

The advisors group includes longtime admins who are highly respected and advise the staff on important issues.

The Legends group includes former higher up staff and longtime admins, who have earned the full respect of this community.

Server Admins are experienced members who keep our servers clean and fun for our players. All admins are represented with the [SG] tag in our servers.

ECs are responsible for promoting all activities, competitions, and special events within the community.

Supporters help keep our servers alive by donating monthly. In return, they get additional perks on our servers, forum, and Discord. All community members, admin or not, can become a Supporter. Further details can be found on our Donate Page.

Honorable Gamers consist of former longtime admins and players who have put in a lot of time and dedication to the community.

Regulars are members who support the community by setting examples for newer players and by proudly displaying our community tag. To become a SG.Reg you must be on our forums for at least 2 months and have a total of 50+ posts. You do not request regular status, it is given to you after first being a SG.Mem and meeting the previous requirements.

Members are players who have officially joined our community by signing up on our Forum. These members represent the player base of our game servers, and people we rely on most to enjoy themselves!